For patients unfortunate enough to be affected by the closure of DENTIX, please contact us to see how we may be able to help

COVID-19: NOTICE TO ALL PATIENTS

To protect patients and staff, we have implemented some new measures to ensure your visit to the practice remains safe. We ask that you kindly pay attention to the following important changes:

2. Please arrive a few minutes before your appointment and a member of staff will let you in. If you are early, please stay in your car until your specified appointment time. A staff member will take your temperature and provide you with an alcohol hand rub as you enter the building.

3. To minimise the number of people on-site, we kindly ask you not to bring any other members of your family or friends with you to your appointment. If your child is attending the practice for an appointment, then we ask for only one escorting adult to attend with them.

4. Please wear your face covering while in the practice.

6. Please bring your own pen to sign any necessary documents.

7. Please use the bathroom before attending the practice.

8. To avoid large queues at the desk and build-up of traffic within the practice, for your safety we ask that you call back to book any follow-up appointments.

9. We would also like to ask that all payments are made by card where possible,for cross-infection reasons.

We thank you for helping us make your visit safe and look forward to seeing you. 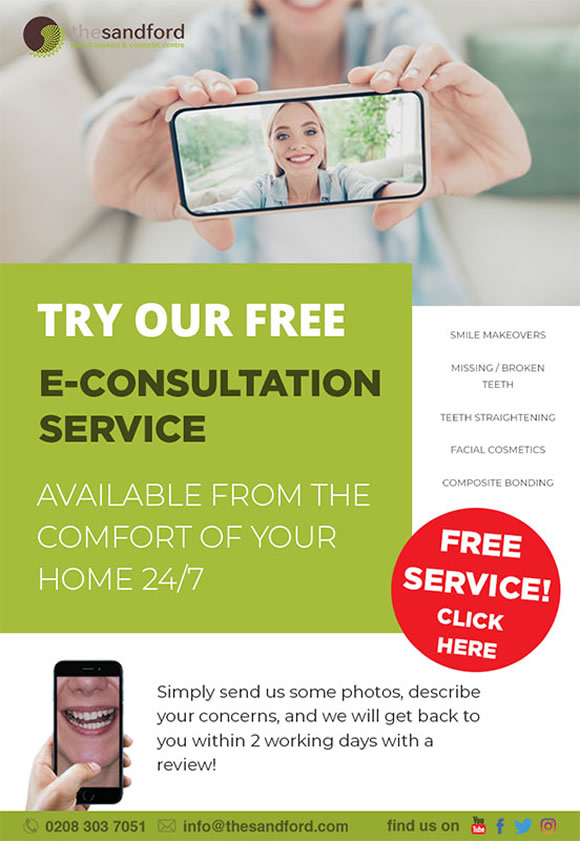 'All On Four Dental Implants'
This lovely patient first came to visit us in 2013 regarding dental implant treatment. However, due to anxiety about visiting the dentist, she did not proceed until she returned back to us 5 years later. 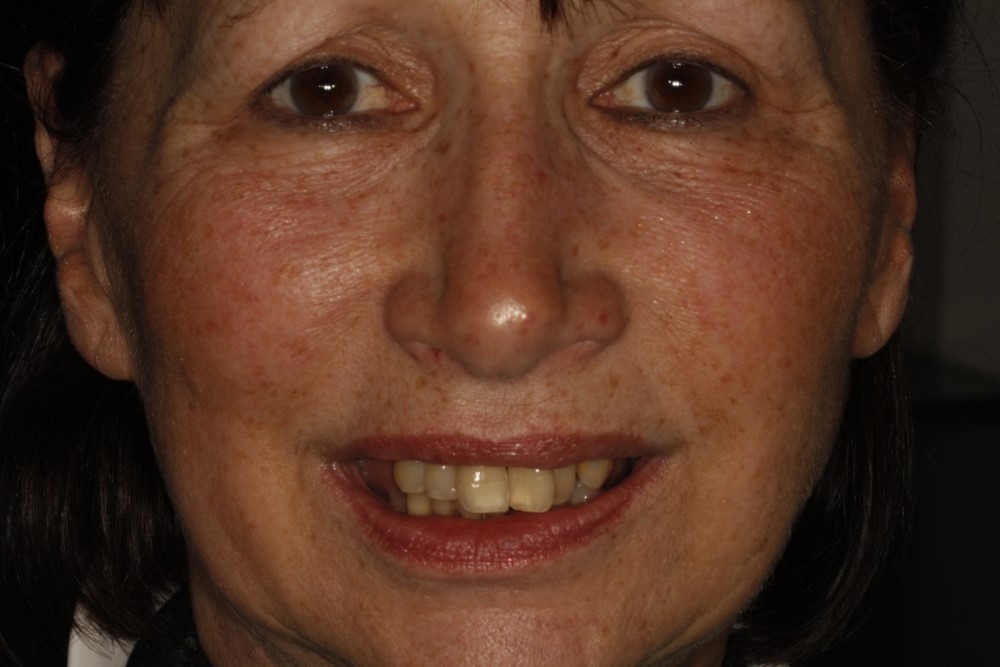 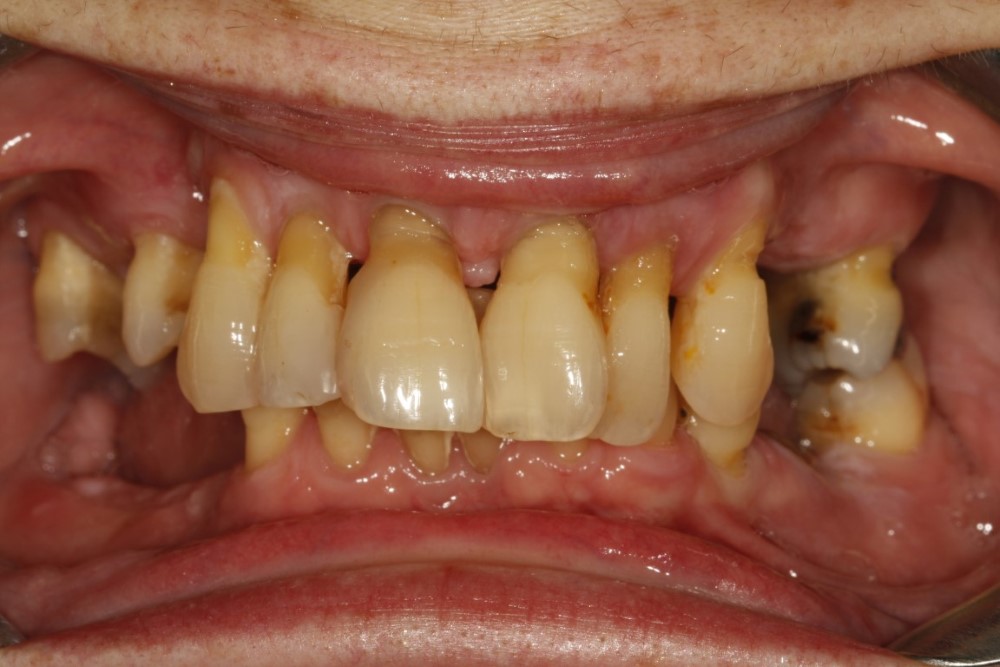 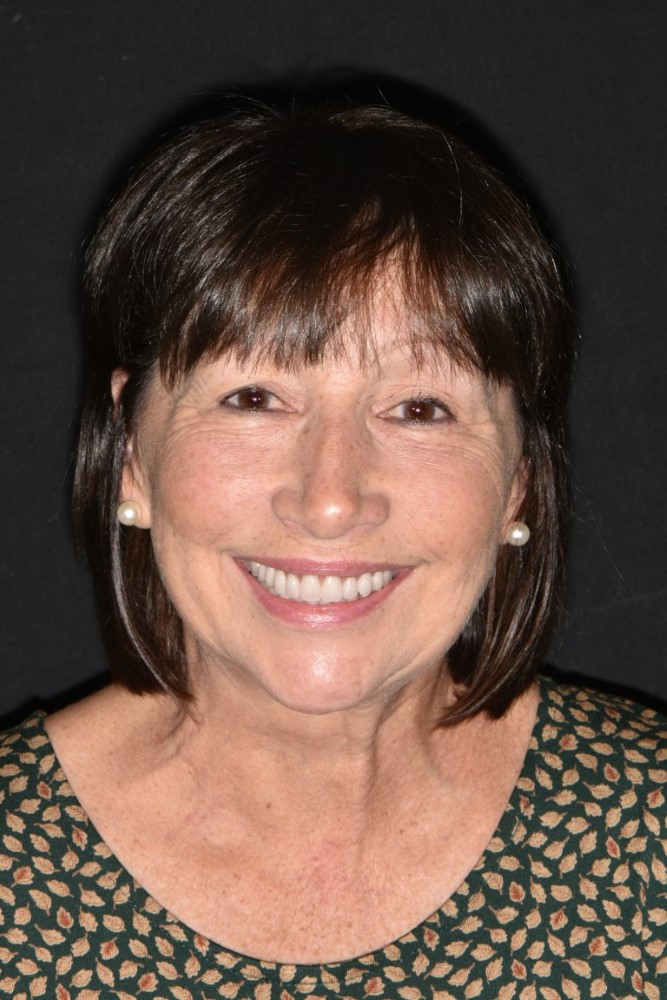 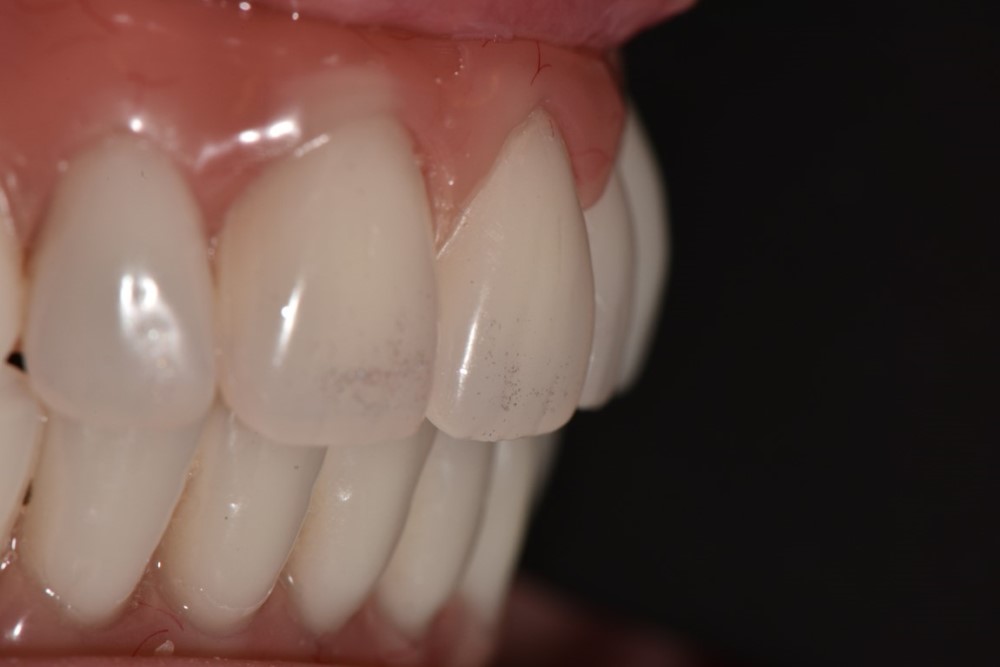 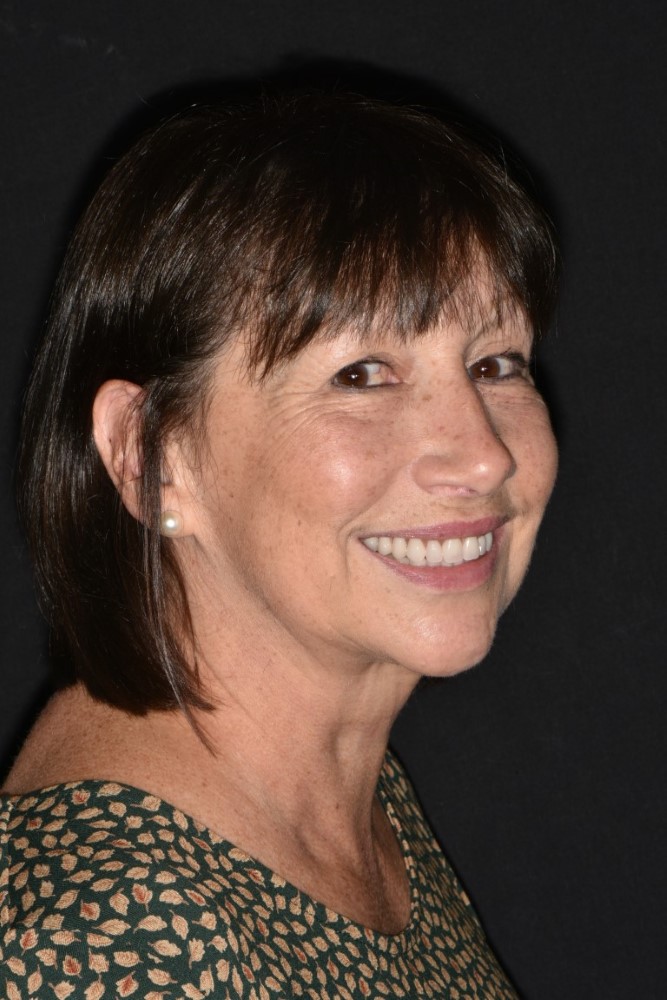 We reassured her and explained that the treatment can be carried out under deep sedation by our Anaesthetist. The treatment was completed successfully but it was a very complex case due to a significant amount of bone having been lost around her teeth. As a result, she had to have removal of all teeth, alongside bone grafting prior to the placement of four dental implants in the upper jaw and four in the lower jaw. This was all carried out on the same day and we provided her with temporary teeth on the day.

After allowing four months for healing of the implants to take place, we began the construction of her final teeth, in the form of a fixed bridge. We requested a dental laboratory technician to attend in order to design, hand-craft and custom stain the teeth in order to give her a beautiful and natural result.

As time passed, Janet became more and more confident sitting in the dental chair and by the end of her treatment, her anxiety was gone. We eventually fitted the final bridgework and Janet was a very happy lady. She said she could smile again!

I have been coming to the Sandford Practice for several years now and have always found them to be extremely helpful and accommodating. On numerous occasions they have seen me at very short notice as I always seemed to have an emergency dental issue, hence the decision to have implants.

Hussein performed the surgery, and from the very start showed me nothing but true professionalism, kindness and gave me the feeling of being in very safe hands. Along with Claire and Dominika, they took such good care of me, not just on the day of the surgery but throughout the whole process which lasted from April until the end of October. I could not have asked for better care, they were always happy to answer any of my questions, they knew how scared I was but every time I sat in that dentist chair, I had a hand to hold and someone to reassure me the whole time – not that I really needed it – I have every faith in Hussein and his team.

I would not go anywhere else for dental treatment, the staff are amazing, the Clinic itself is a rather special place – bright, light, modern and exceptionally spotless. There is not one teeny weeny negative about the Sandford Practice that I could say.

Hussein promised me a beautiful smile and I will always be thankful to him and his team for delivering that promise. I look forward to looking in the mirror when I wake up now – Thank you Sandford .

This part of my testimonial is for those people out there that may be afraid of having this sort of surgery done...

I have always had a big fear of dentists. From a very young age the word dentist filled with me dread. I have always attended dental appointments and tried very hard to keep my teeth in good shape, but no matter how hard or what I did, my gums were the biggest problem. I had one abscess after another, each one resulted in an extraction until eventually I had to have a partial denture which I absolutely hated. In December of last year I had another flare up with a particularly bad abscess and lost another 2 teeth. The time had come to sit and think what the best option was for me – full dentures top and bottom or all on four implants. There was no contest really implants was the way forward for me.

I had the surgery on the 28th April (Saturday) – I very nearly left the waiting room to go home as I thought, no, I cant do this. I don’t really know what I was afraid of most, failure of the implants and having full dentures for the rest of my life or the pain of having the surgery as I do not have a very high pain threshold.

I spent the day at the Sandford Practice and upon coming round my husband took me home. I don’t remember very much about the day at all. Next morning, Sunday, I was still numb from the anaesthetic and my face was quite swollen, by Sunday night the bruising had started to come out (I bruise very easily anyway). Monday morning I looked like I had been hit with a baseball bat but considering the surgery, you have to expect swelling and bruising of some degree and as I said, I do bruise easily. I was in a bit of pain but nothing that could not be controlled with paracetamol, Monday night I was expecting the pain to hit me hard but continuing with the painkillers, it was controlled, same on Tuesday. On Wednesday (4 days after surgery) I realised by lunchtime that I had not taken any tablets, I simply didn’t need them. Thursday the swelling had gone right down and by the weekend the bruising had started to fade.

I had fixed dentures at the bottom but the top I had partial dentures as due to the lack of bone and the bone graft I had to have done, this was the only option Hussein had. It was only going to be for a few months so it was a case of just putting up with it. For me that was probably the worse part of the whole process., the dreaded dentures. I was amazed at how little pain and discomfort there actually was, I was also very surprised how quick the time went. Three months after the initial surgery, it was time to expose the top implants and start with the impressions, on the 31st October 2018 I had my permanent teeth fitted and oh my, how beautiful they are, they feel great just like real teeth, much, much stronger than real teeth, I can eat anything and everything. It is the best investment I have ever made. Yes it was expensive, but worth every penny and more.

I do not have that dread of sitting in a dentist chair anymore, I think the kindness and the relaxed atmosphere and the staff at the Sandford Practice have actually cured me.

Fill out the appointment request form or feel free to contact us using the details below:

Request Appointment or Call Back